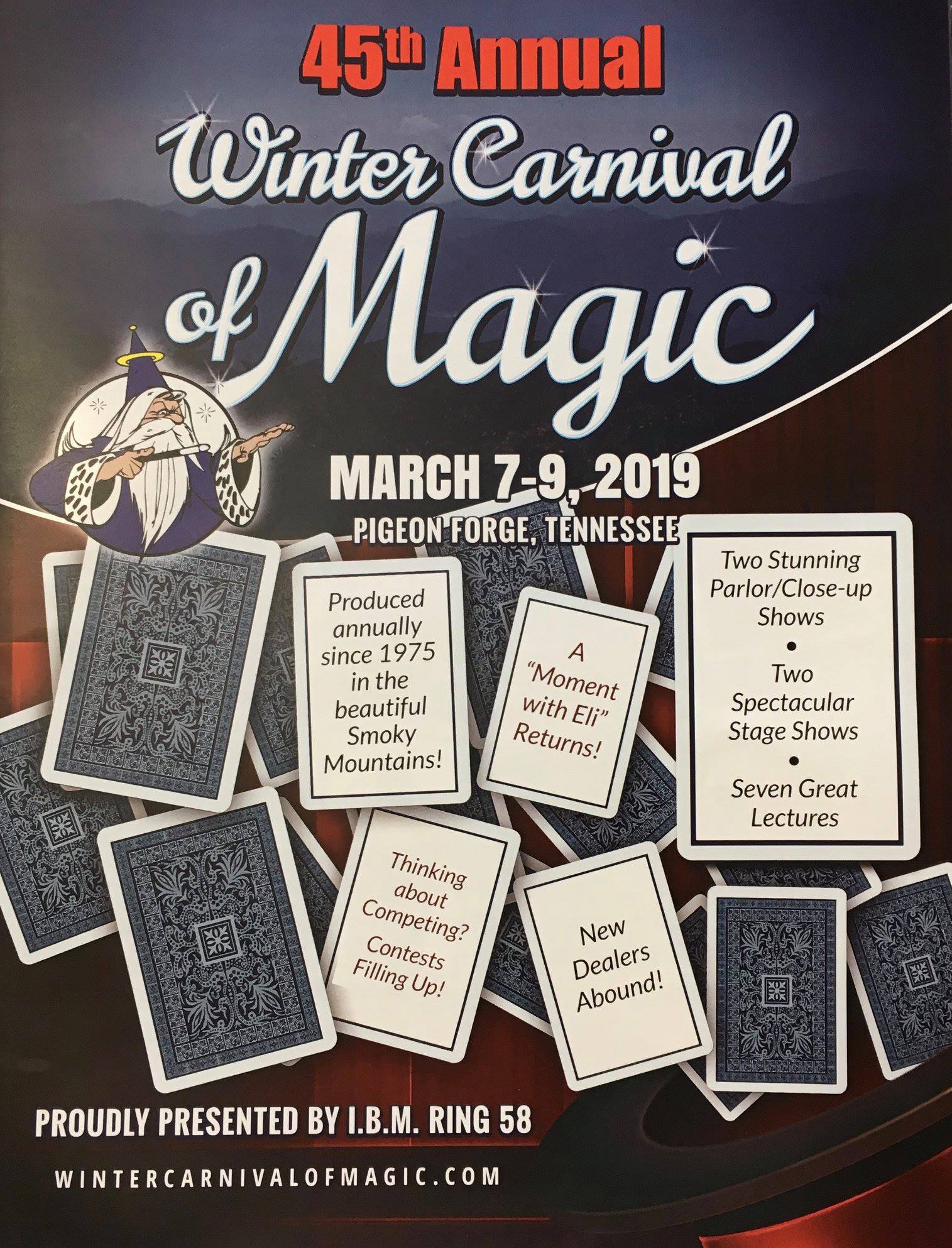 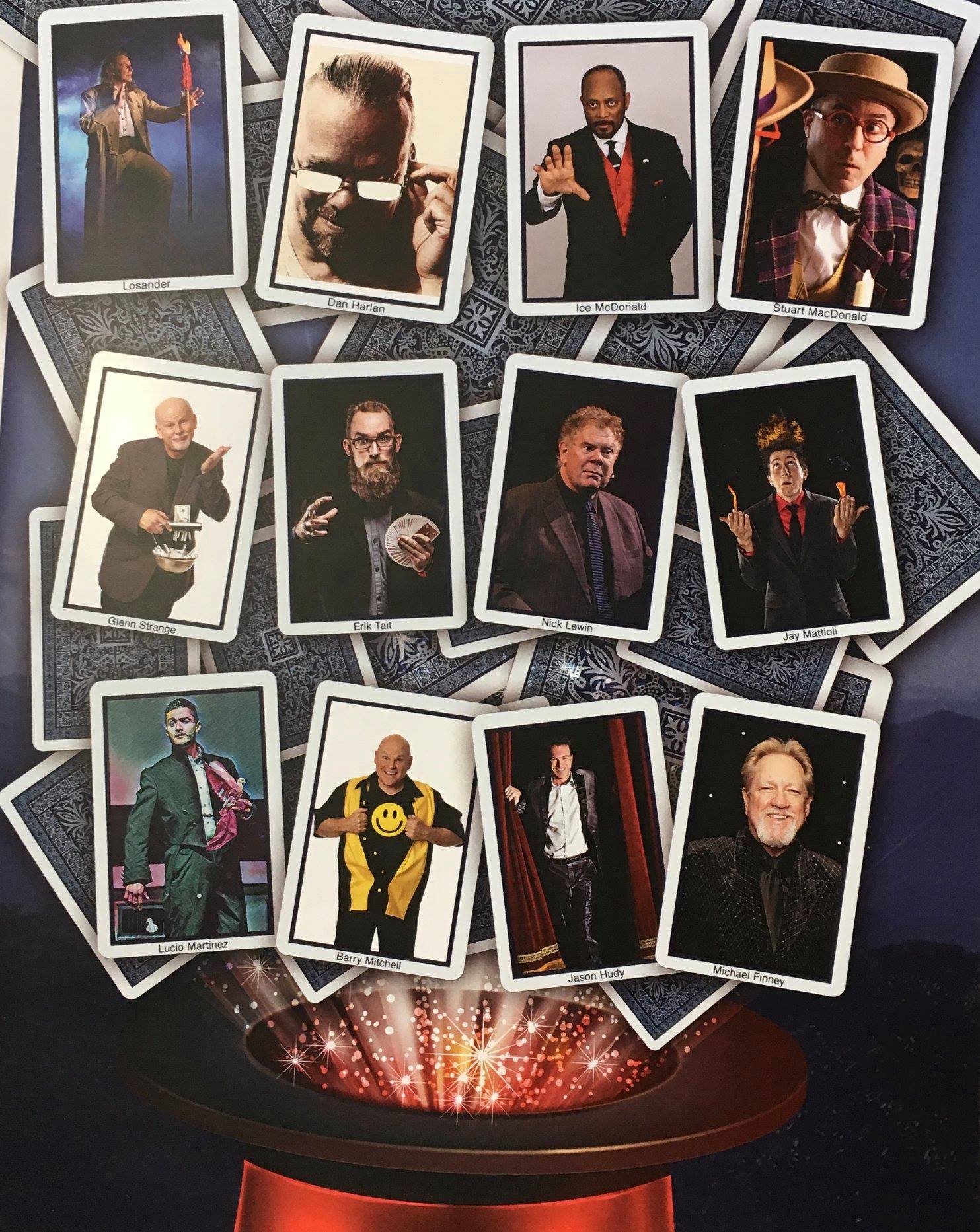 SCRIPT
I write a script for all my lectures and shows. You may find this interesting. This isn’t the full script but it’s the important parts that I didn’t already have in my head.

HAPPY SONG
SMILE MAKER/POLE PRODUCTION
Welcome – Balancing Conflict
Welcome to my Rollie Coaster. I want to talk about balancing conflict in our shows as well as routines. Along the way, I’ll show some of my magic creations and share some of my philosophy of entertaining children.

BRIEF HISTORY
I moved here 27 years ago to be the comedian and magician at the Dixie Stampede, now called Dolly’s Stampede. I was there four years then I moved to this theater to open for T.G. Sheppard. Then to another theater with more country music stars. Then Terry Evanswood moved into the theater where I was working and we had a show together. After I taught Terry everything he now knows, I left the theaters to be a travel full time. However, even when I was performing in the theaters, I was doing schools during the mornings. Over the years, I’ve created and sold hundreds of effects worldwide to the magic community. I still perform full time, have a mail order company and a subscription service website, which I’ll explain later on.  Enough about me.

EXPLAIN – CONFLICT COASTER
Let’s talk about the magic and what I call the conflict coaster. Please remember this statement. Conflict adds comedy. It also adds suspense and drama and interest into what we do. Without it, our shows have the potential to be boring.

PICKONER
The conflict of my show begins within the happy song. When I made a connection with someone in the audience, I began to develop my PICK-ON-ER. The person I would pick on during the show. Most magicians and comedians have a Pick-on-er. It establishes a connection with the audience and creates a level of conflict, which keeps the show interesting and fun. Our goal should be to create a rollie coaster ride of emotions within the show.

Within the Smile Maker and appearing pole, we experienced the full rollie coaster ride.  As the single ball became two, the magic begins. We are now on the upward incline and we hear the clang, clang, clang of the chain pulling us up. Now there is a conflict between myself and the previously empty bag. As we get higher and higher on the incline the conflict moves to the audience. As the coaster goes over the top, I bring out the large ball. WEE! There is a brief pause as we go up the next incline to then speed down as the wand is produced. WEE! As we go back into the station, we experience the AH of a pleasurable magic trick.

CARD ANAOLGY
For those of you who have never seen anything in magic other than card tricks, allow me to explain in a way everyone will understand. The coaster leaves the station as you say, “Pick a card and sign it.”

You have to get off the ride occasionally and get a corn dog. So, let me show you a corn dog moment.

HAND EYE
Let’s go back so I can explain what you’ve seen and how it works. By the way, if you have questions, just let me know. I’ll ignore you then we’ll move on.

FALSE ALARM SET UP
I almost forgot. I need to warn you. At any moment . . .