Alien Opener
I have a new version of Can Opener for my 2019 summer show. I’ve made a few changes that I feel will UP the magic and be lots of fun. I’ll be shooting video as soon as possible to put in the studio. Until then, I’ll explain the basic idea and if you would like the art for yourself it’s only $5 for both 8.5 x 5.5 and 8.5 x 11. This is only available for Studio Scholars since Can Opener is a performance rights only effect and Studio Scholars have rights due to membership.
CAN OPENER IN STUDIO

Art may be used in your own version of Can Opener or however you wish OTHER THAN IN PRODUCTS TO SELL. This art is for personal use only. Aliens toys were found at the Roswell Alien Museum store. They are $6 each. They were originally a Rhode Island Novelty product but they are sold out everywhere and the museum seems to be the last option. $6 each was worth it to me due to the cuteness of the alien and the fact I wanted it to fit in a pop up trash can. The trash cans are the same ones I use for the Pop Up Production sponge effect and they are available from O’Reilly auto parts.Einstein bobble heads are available online as well. You’ll need to search for that on your own. Dorian LaChance helped me find mine. Special thanks to him for his help with this idea.  The Pole Control gimmick is used inside the pop up trash can to hold an Appearing Pencil. Both Pole Control and appearing poles are available in our store.
POLE CONTROL IN STUDIO
POLE CONTROL PRODUCT LINK
APPEARING POLES PRODUCT LINK

I’ll be using the Pop Up Pole idea for the production of the pole from the can. There is just enough room inside the can for the appearing pole and Einstein statue.
POP UP POLE VIDEO IN STUDIO

I’m only using four cans instead of the normal six for Can Opener. To force one of the cans, I’ll be using number cards. I plan to set the four cans on top of my Showtimemagic table and cover the cans with lids from Dollar Tree bowls. It was the closest item in size I could find to fit over the cans.

The force will be a scientist with a yellow pencil. The running gag is the alien card in place of ducks. Art includes: Faces of red alien, Einstein, astronaut, and construction worker. The construction worker is in the group to represent those who build the rocket ships. All the characters are related to space travel.

Black and white art of a pencil, calculator, notepad, and iphone. Color swipe art of yellow, red, green, and blue. If interested in the art, order with the link on this page. 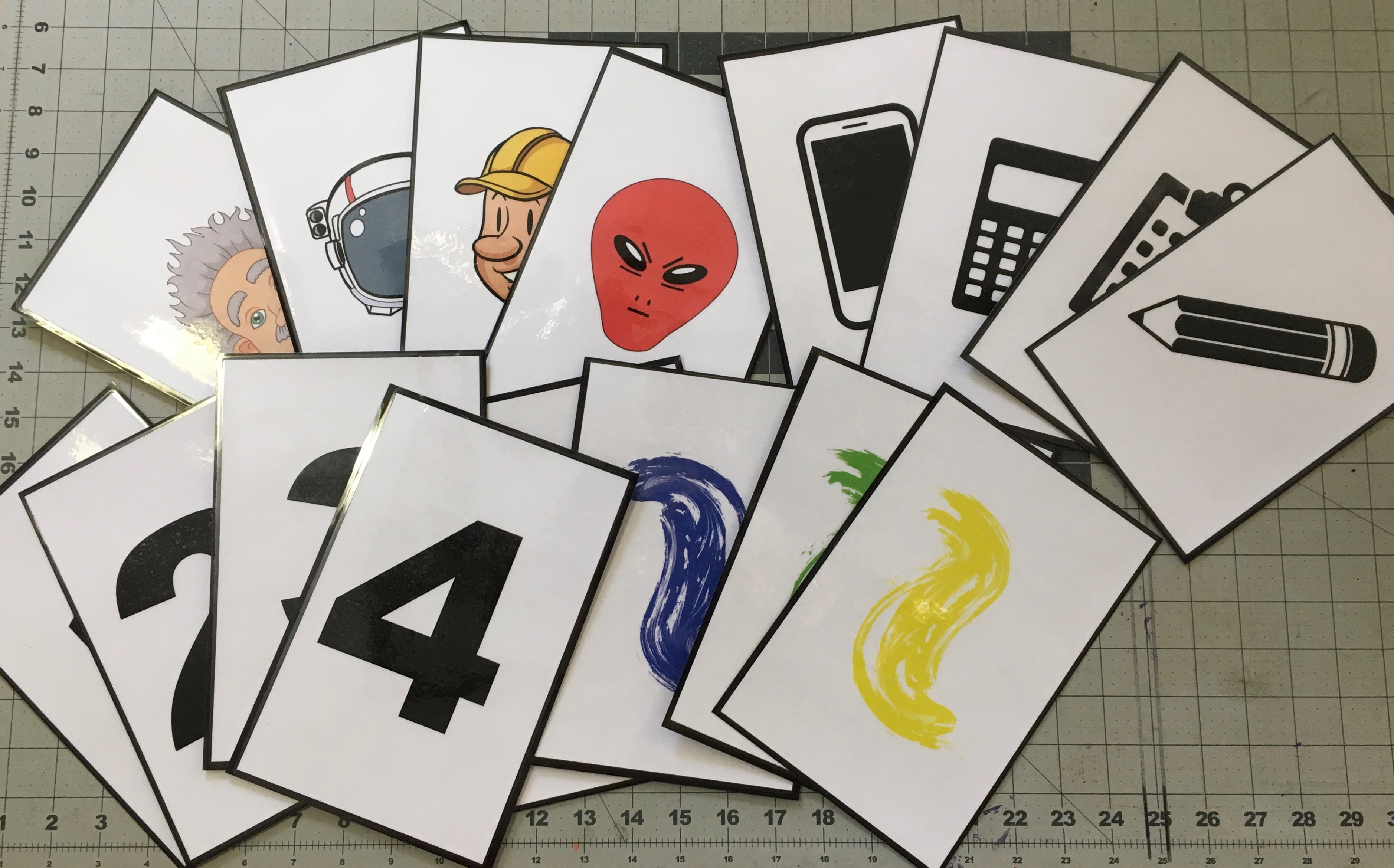 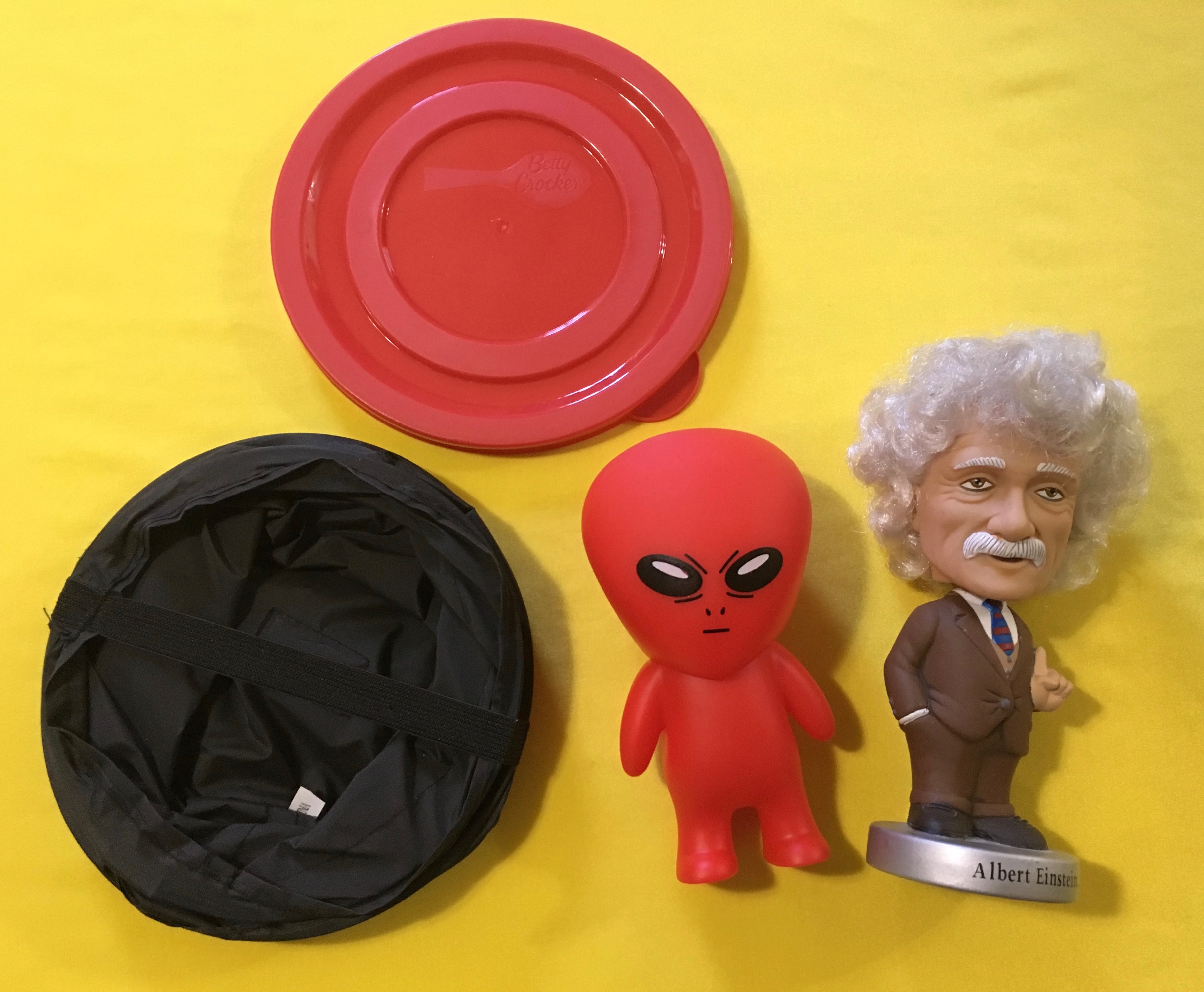