WARNING
This is the definition of RARE Barry Mitchell footage. It has never been seen by any magician before now. It does contain ME singing. Not singing well, but singing . . . and dancing. Watch at your own risk.

I have no other digital footage of the props or signs used in this show.

I spent years writing this show and this is the ONE AND ONLY PERFORMANCE. Sorry the video is such poor quality but HD didn’t exist then. This video was shot at a Shrine Clown convention in Canton, OH in February. I say February because it was amazingly cold outside.

Since I was a child, I loved medicine shows. The problem is, I was the only one loving medicine shows in the 90s. I did do some performances of props in the show but never did the full show again. Had there been a market for this type of show I would have probably become much better.

Contents of show:
Opening
I’m quite proud of the opening script in this show. I wish I had an opportunity to use it again. All the opening script was backed up with a musical track. The music was on a cassette and the remote system was a basic on and off power remote from Radio Shack. Put simply, the power was turned on for the music to play and turned off for it to stop. You might say, “The Cave Man” age of remote music.

Potent Power
I used several flash pots in a spit bucket on my table as well as one in the bottle. All the flash pots were glow plug activated with flash cotton and a small piece of flash paper.

Sick As A Dog
I no longer have this script anywhere on my computer but it appears that I lost a few lines when signing this one. Yes, “singing: is a strong word for what I’m doing.

Super Chicken the First Egg
This is a very early performance of Super Chicken and one of the VERY FEW with me in this STUPID costume. Super Chicken has been sold for years as a version of the silk to egg effect. However, it was originally written to be a card trick. The narrator of Super Chicken was Lon Linke, the MC at Dixie Stampede. He also

Corn Ad
I had to write silly stuff like this to give me time to get out of a chicken costume. While listening to the video, I’m surprised as much as you. I had no memory of writing this.

Great Paper Ball Mystery
I performed this routine for years. I did it at Dixie Stampede as well as other theaters. This is filled with all the classic toilet humor. I love the FLUSH and WOOSH sections. I especially love the vanish of a piece of paper in a thumb tip as the finale.

Chief String-A-Long Rope Mystery
At this point in history, it was not considered politically incorrect to use the word “Indian.” Another example of my rope routine. At this point in the show, I have the audience on my side. The paper ball mystery won them over.

Gun
“Anyone know how I did that trick?” Ah, the good old days when you could still use guns in shows.

CRAP Hat
Colander of Really Abstract Parts
Terry Evanswood was the only person that knew, until now, why I call this the colander of really abstract parts . . . CRAP hat.

The Stump Maker
The French Arm Chopper for rednecks. My father and I made the Stump Maker, as well as most of the other props and tables in this show. I was young enough then that carrying that heavy box wasn’t an issue.
“I’ll put my hand in the hole and keep my hand in the hole the whole time.” Pretty proud of that line. I have to admit there’s some pretty funny stuff here. 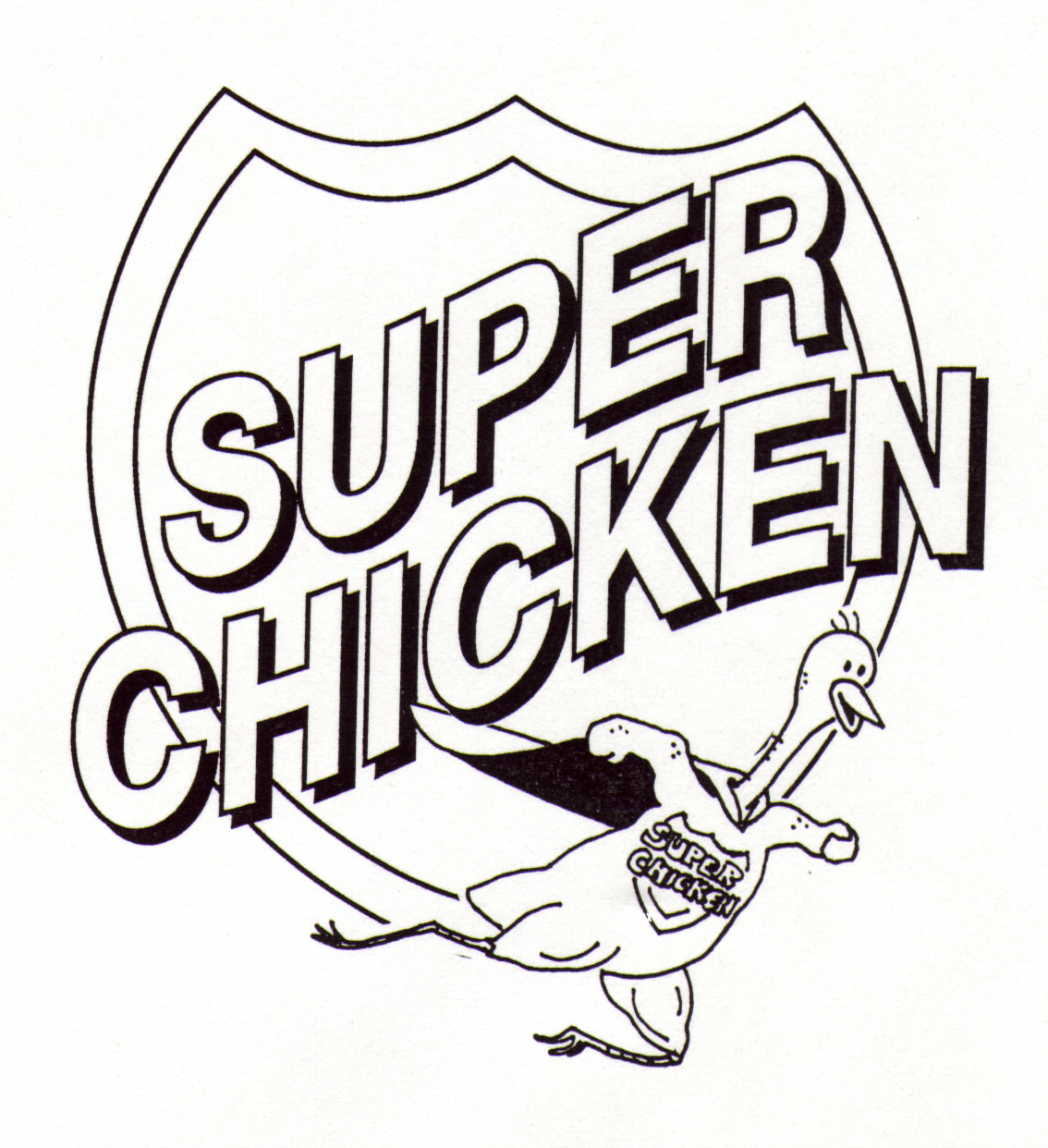 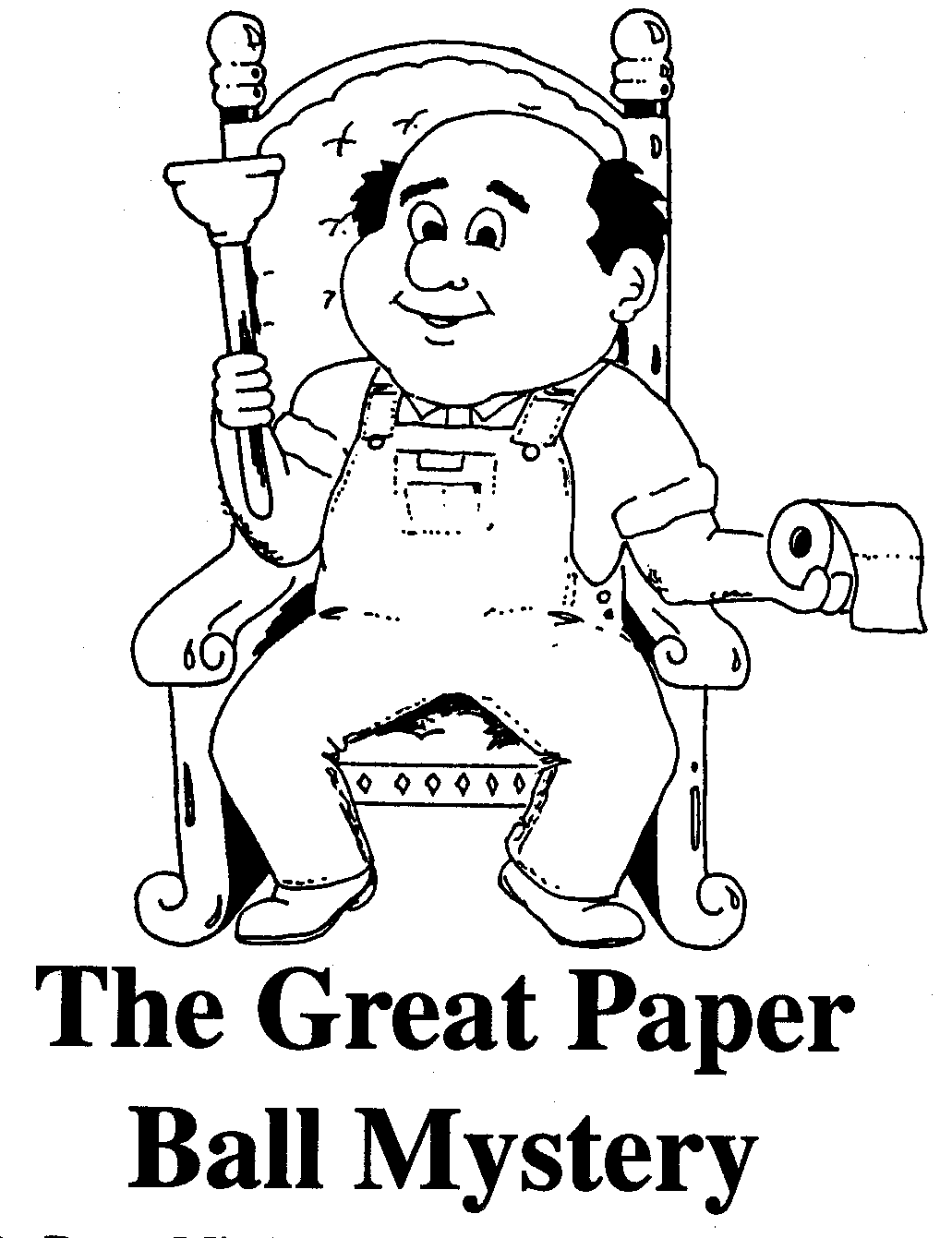 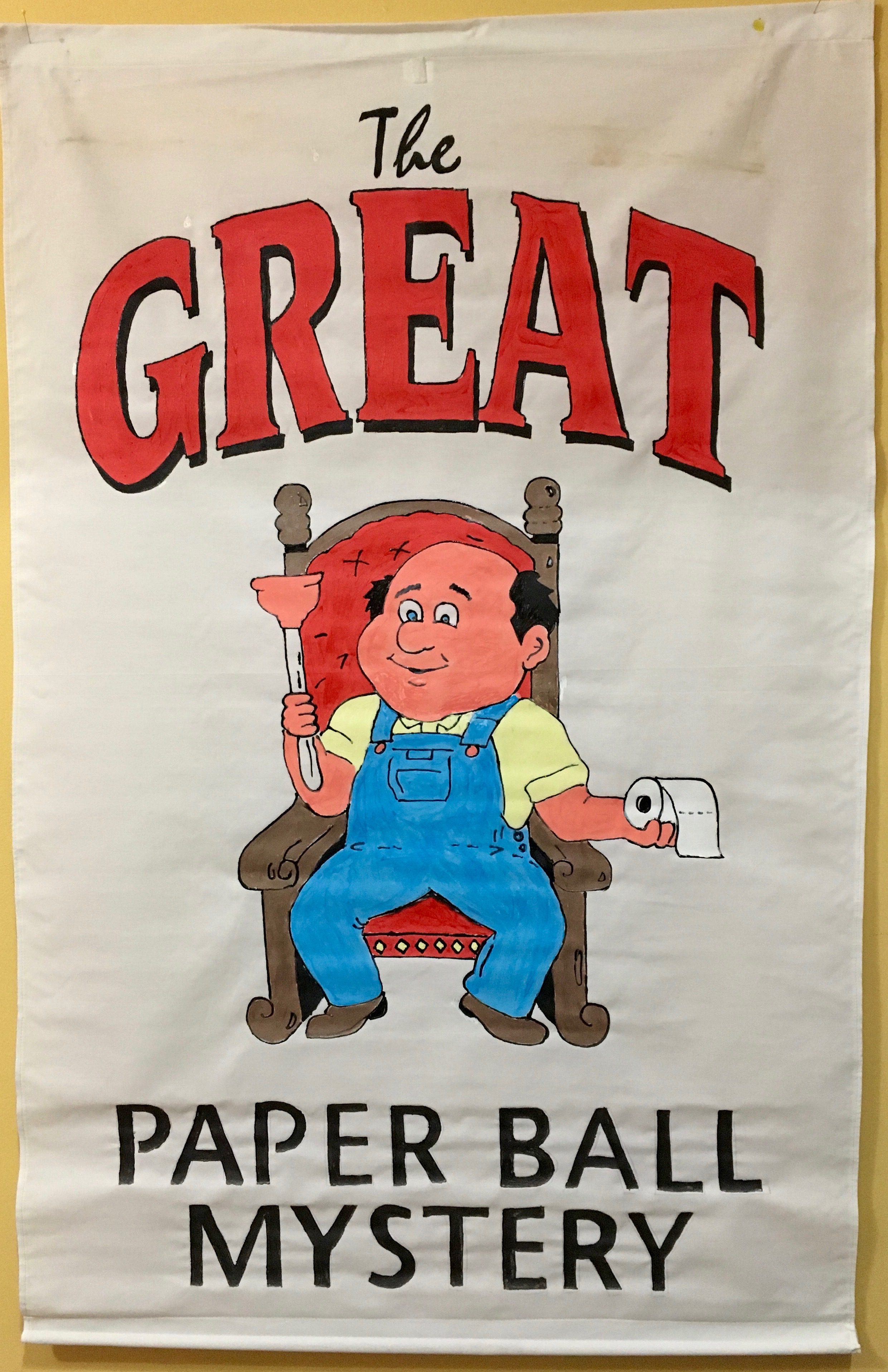 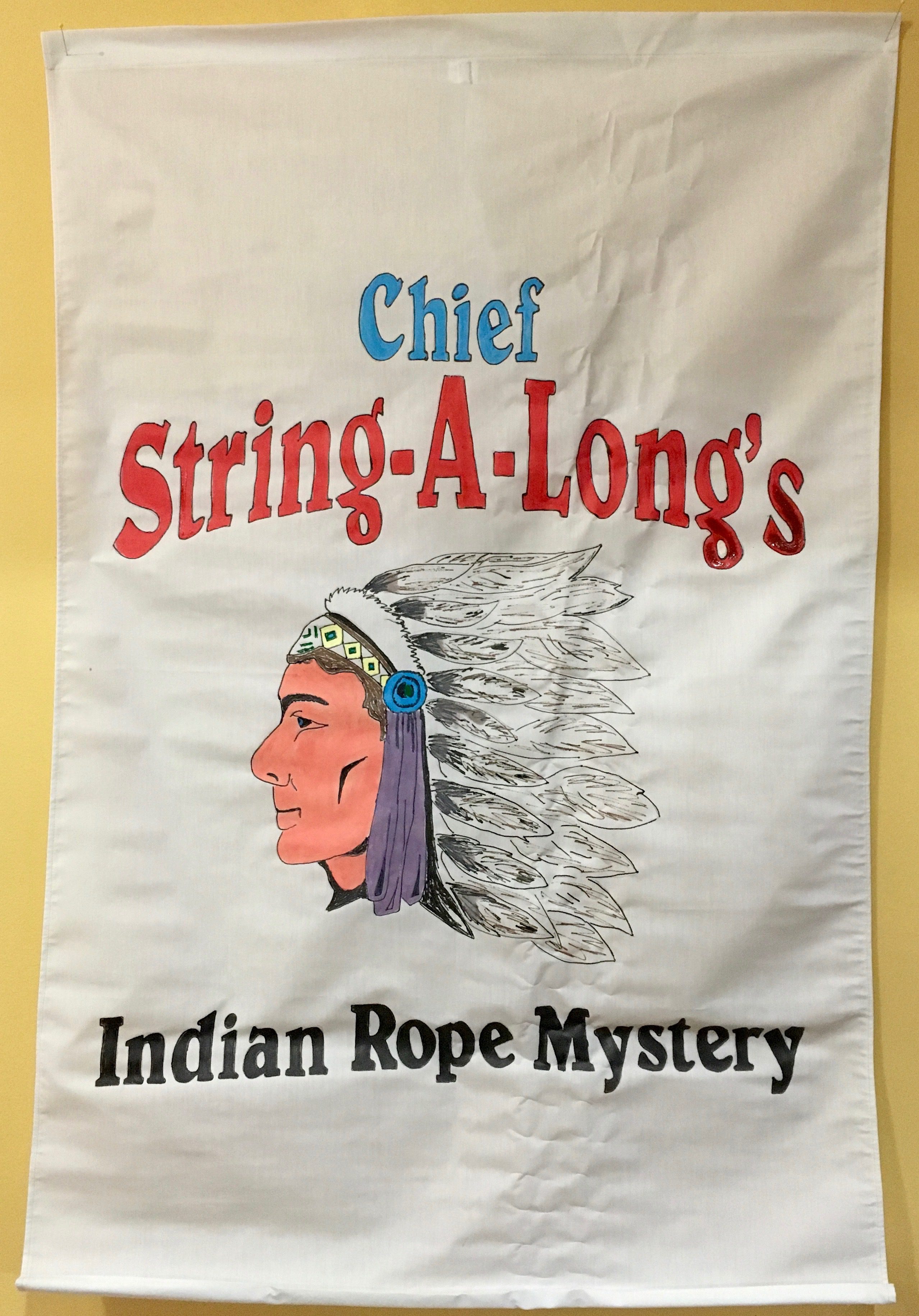 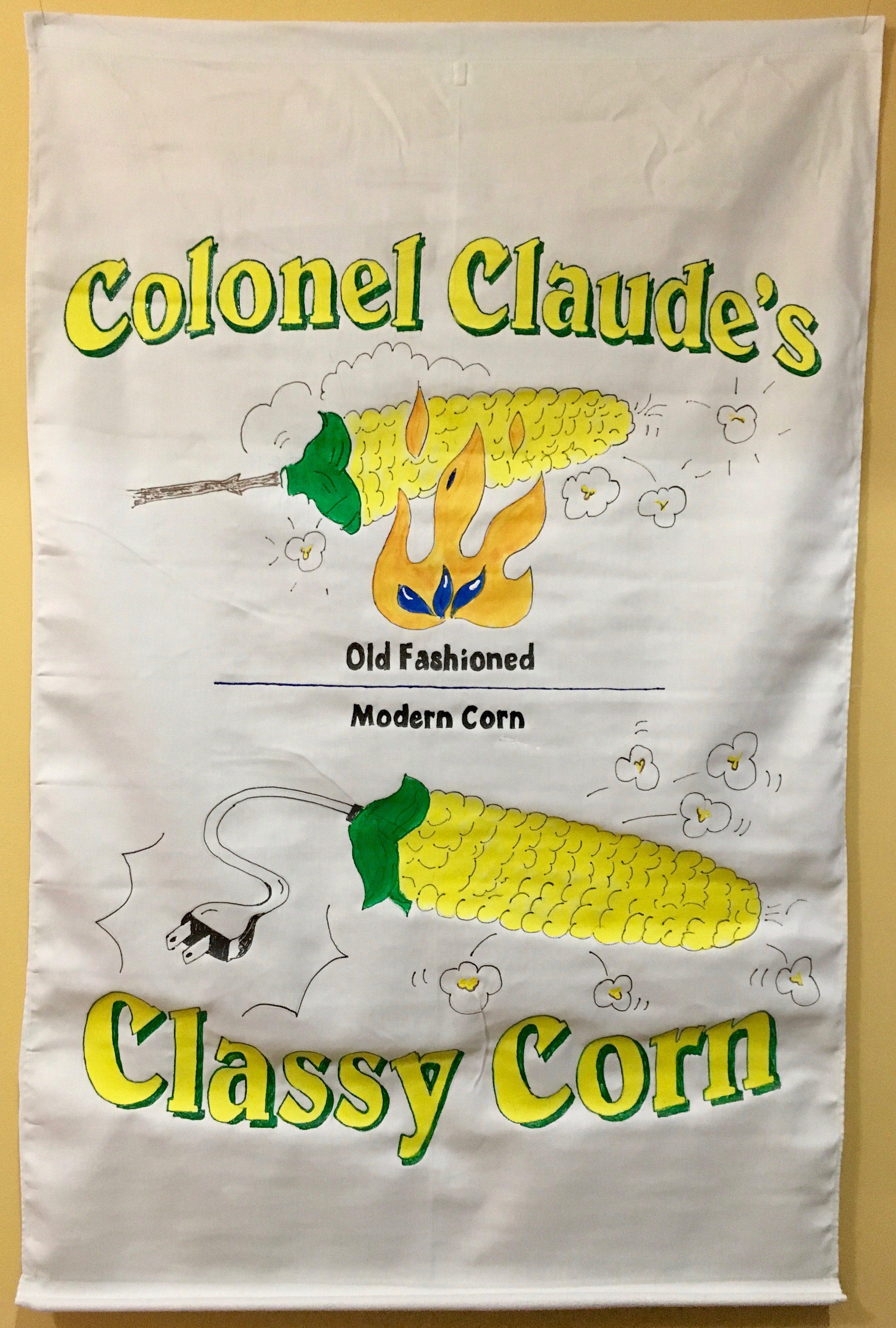 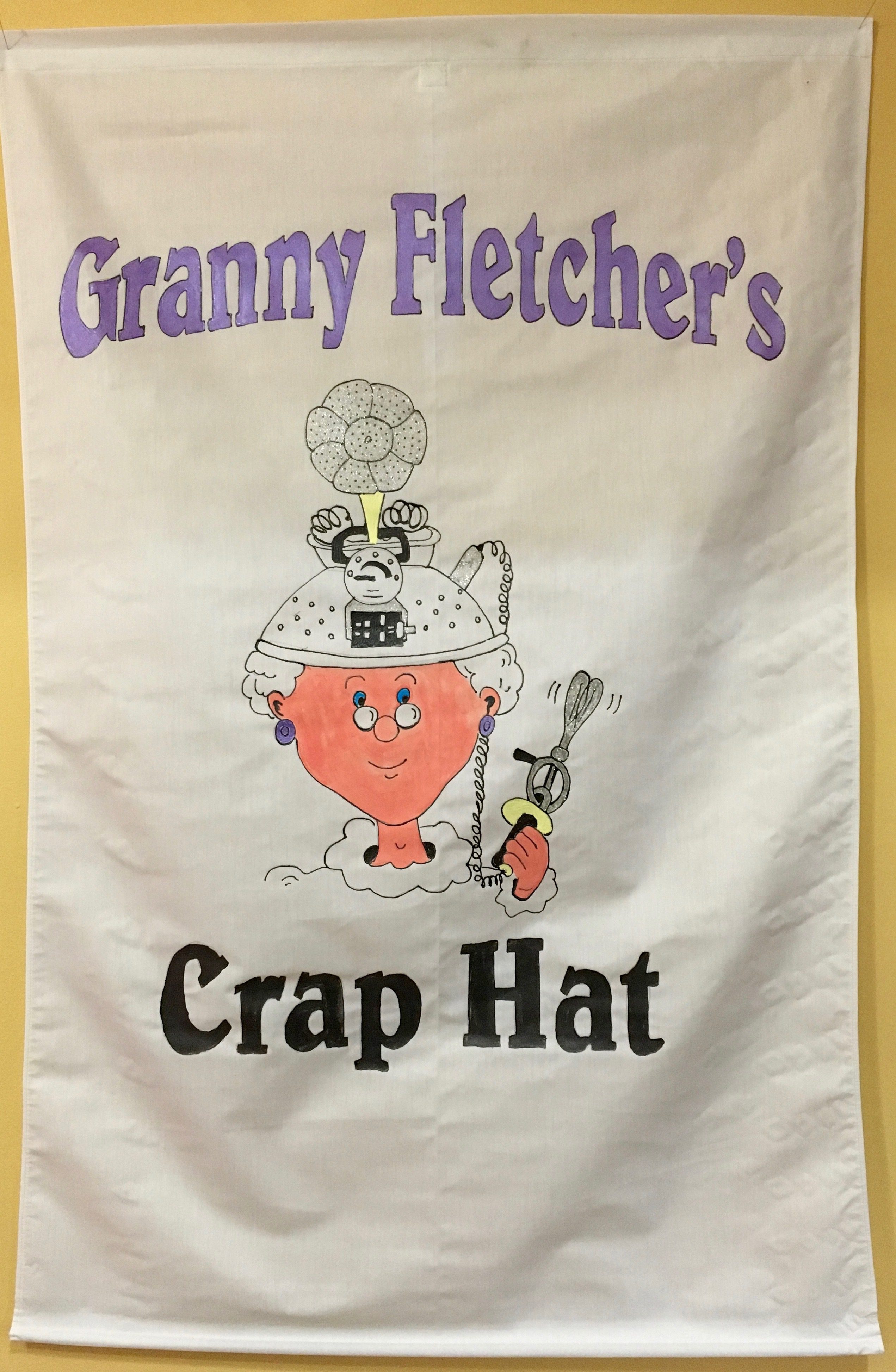