Ball Cap Version
After performing with the construction helmets all summer, I wanted a version I could use in all my shows.  I discovered the helmets were perfect for a building theme but too heavy for kids.  I decided to go low tech with a baseball cap.  And where did I find it?  Dollar Tree of course.

The pictures below show how I added the magnet to the hat.  This is the same magnet used on the helmets with a few more details about which screws to use.  The magnets are the same ones used to make Pipe Dream.  Instructions for Pipe Dream can be found with the Better Builder DVD.

I added a unique washer to hold the nut on the inside of the hat.  I had hoped it would give a smooth feel to the nut inside the hat but it didn’t really help.  However, I spent less than $3 on the nuts and washers at Lowes so it wasn’t worth returning them.  That means I have $4 in the hat and bolts and the magnets are about $6 online.

Due to the nut and bolt being inside the hat it would be quite painful to put on a helper’s head.  To add some protection, I cut some small circles of scrap vinyl to cover the nut.  I have a lot of scraps around my house from projects.  I used the smaller circle of vinyl to add a double thickness of vinyl over the nut.  No Sew glue was used to hold the two pieces of vinyl together and to attach the vinyl circles to the hat.  Small magnets were used around the area of the vinyl to hold the vinyl to the hat while the glue dried.  It worked great and I have a super new prop to use in all my shows for a very economical price.  I’ll be making more of these to use with several helpers. 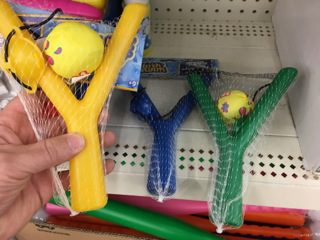 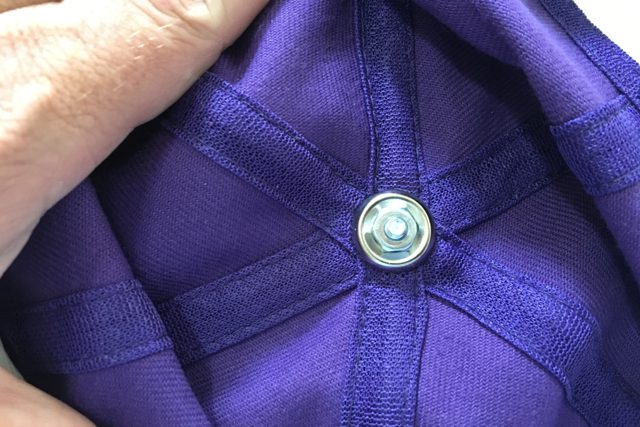 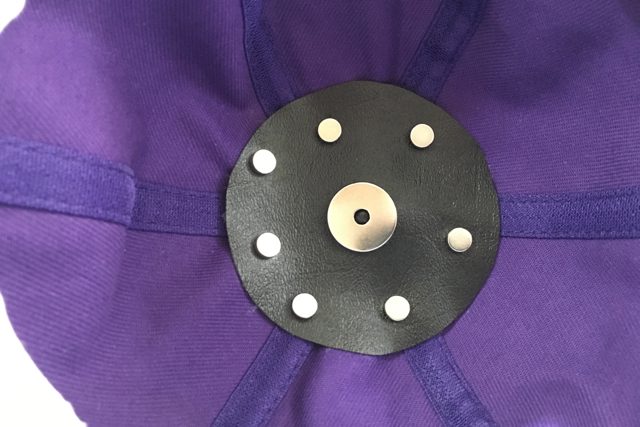 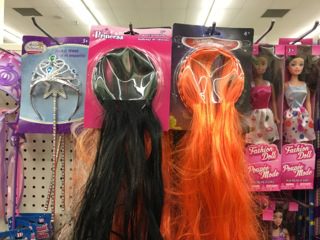 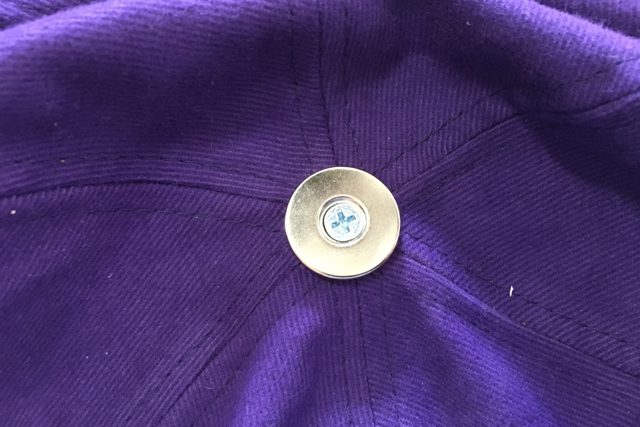 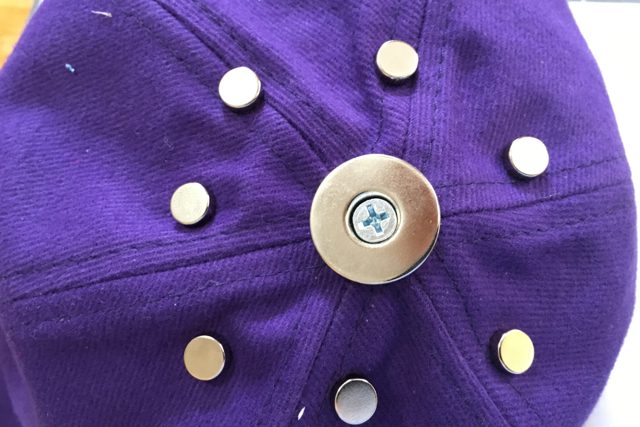 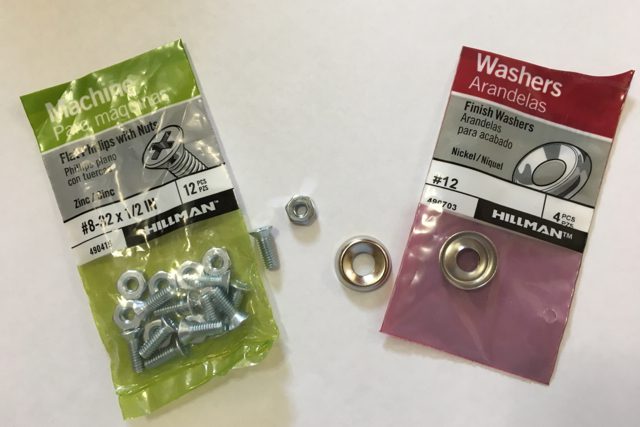 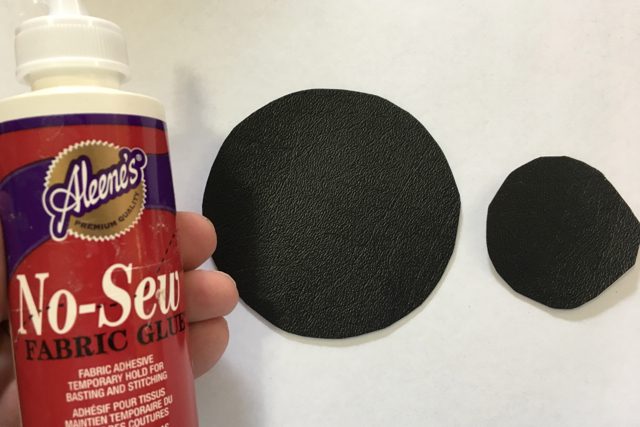 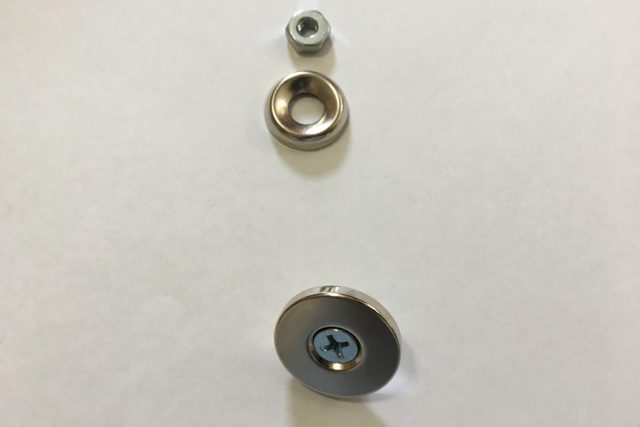 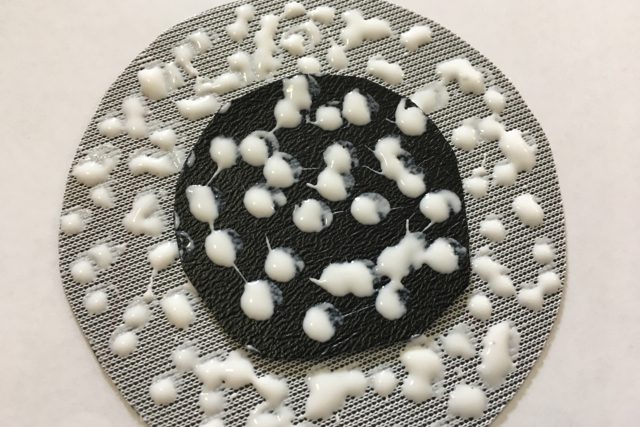