Professor Gadget Science School Show 1996
Some of the routines in this show are explained in the Wee Wand Routines book. Selected pages are added here. For the full book, CLICK HERE

The Show
I have no memory of how I got this video or the school. It’s an example of my school shows in the late 90’s. I did schools during the morning hours and performed at the Dixie Stampede each night.  I sure did have a lot more energy then.

Opening Poem
I always opened my shows with a poem to instruct the children of the actions I expected of them.

Water Squirter Hat
Early in my school show career I opened all my shows by squirting water on the children. I think I learned the idea from Chris Carey but I’m not sure. This hat was quiet clever. It was a motorized water gun with a cartridge that could be loaded into the gun like a bullet magazine. The magazine is the orange piece hanging down in the back of the hat. The white funnels are just for decoration. In the front of the hat the squirter is positioned so it shoots up and out into the audience. The so called remote switch is just a wired switch to activate the motorized pump.

Pom Pom Sticks – Thinking Stick
It’s JUST another magic trick. While watching this, I noticed that I’ve changed my way of thinking about educational magic. I’ve also changed the way I think about the basic pom pom trick. I’m not impressed with my presentation. The patter and actions are so fast the audience has no time to figure out what happened. They certainly can’t appreciate the “puzzle” or “magic” of the effect. Obviously some will catch on that it’s not logical for all the strings to be attached together and then nothing inside. However, I doubt many of the younger children appreciated the magic. They simply saw an energetic performer having fun. That’s not a bad thing but I could have certainly done a better presentation.

Axtell Drawing Board – Bubba D. Board
All my school shows included a puppet routine. At this point, I recorded all the puppet voices and performed along. I was in my late 40’s before I had the courage to use puppets with my own voice live. I’m glad I finally grew up. Using a track is good but it’s impossible to judge the timing of how an audience will respond. Therefore, you can never be sure if they will hear all the lines. Performing live is better.

Tricks Over – Yay!
The is a Trevor Lewis bit that I used in all my shows at this time. It was a simple transition between show segments. I now use other methods. However, if I’m doing a birthday party, which is very rare, I use the Tricks Over bit.

Remote Control Wand – Blendo
Wow, did I have energy in my 30’s. This is a fun bit that can be added with any trick, if you have the energy to pull it off. Any prop to represent a remote will work fine.

Botania
I used this effect quite a bit in my shows. Wow, the energy I had. I sure don’t drop to my knees anymore. The set up for the effect did allow me to share some educational content with the audience.

Friction Popcorn
I love this routine. There is a nice mix of educational content along with simple and fun magic. The popcorn is air popped in the microwave. The idea for this effect was inspired by Beakman’s World. I loved that show.

Balloon Inflation Contest
Any activity like this is fun for a children’s show. However, the world has changed a great deal since 1996. I would no longer give balloons to random children in an audience due to so many allergies. I may be over sensitive about that but you never know.

TNT Cards
I loved using fire in the 90’s. That’s another thing you probably can’t use in shows today. Let’s be honest, this trick is STUPID! It’s nothing more than a reason to shoot off a flash pot. However, the costume portion was fun.

No Quiet Closing
At this point in my career, I hadn’t developed the quiet closing. Thankfully as I grew older, I grew somewhat wiser. 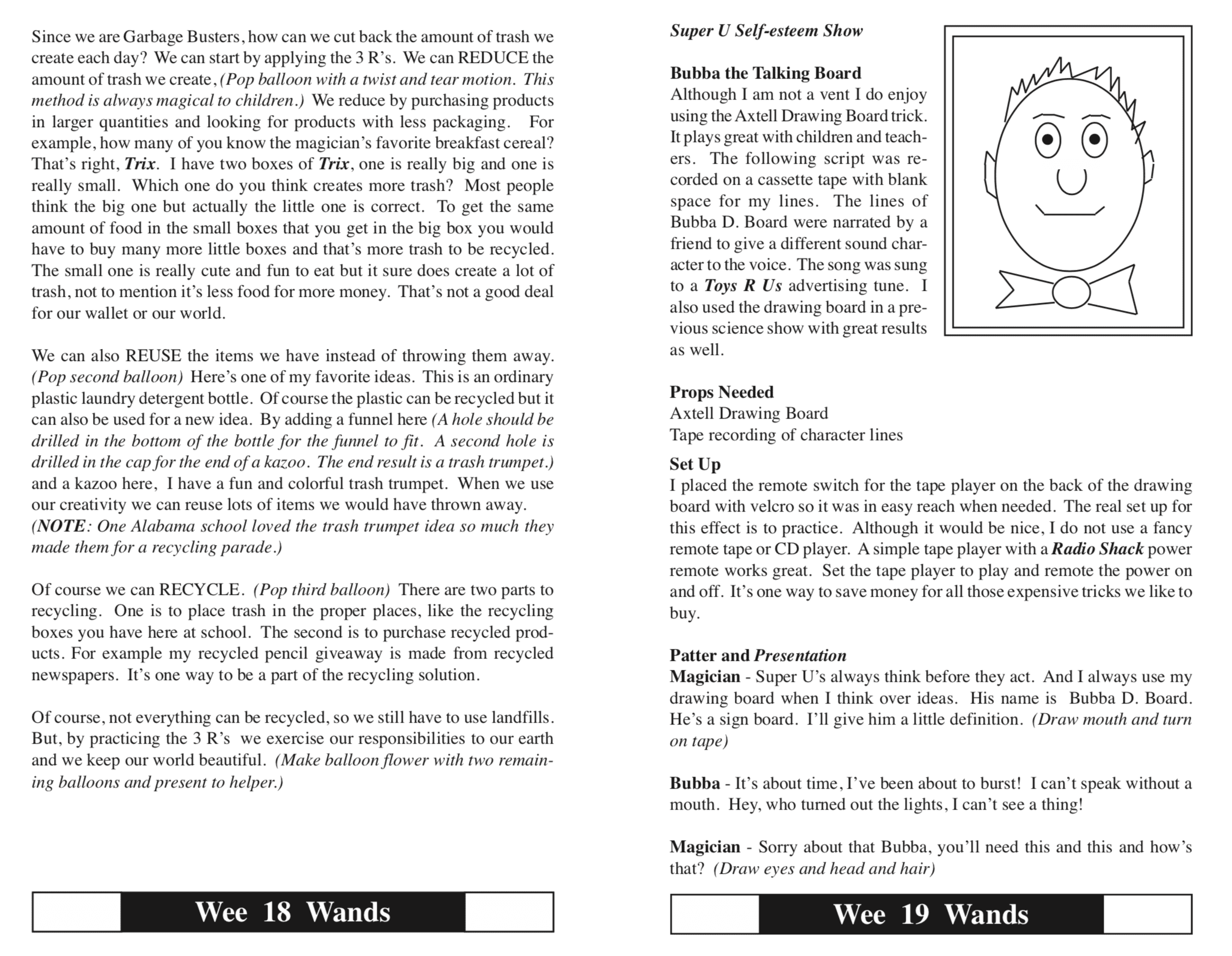 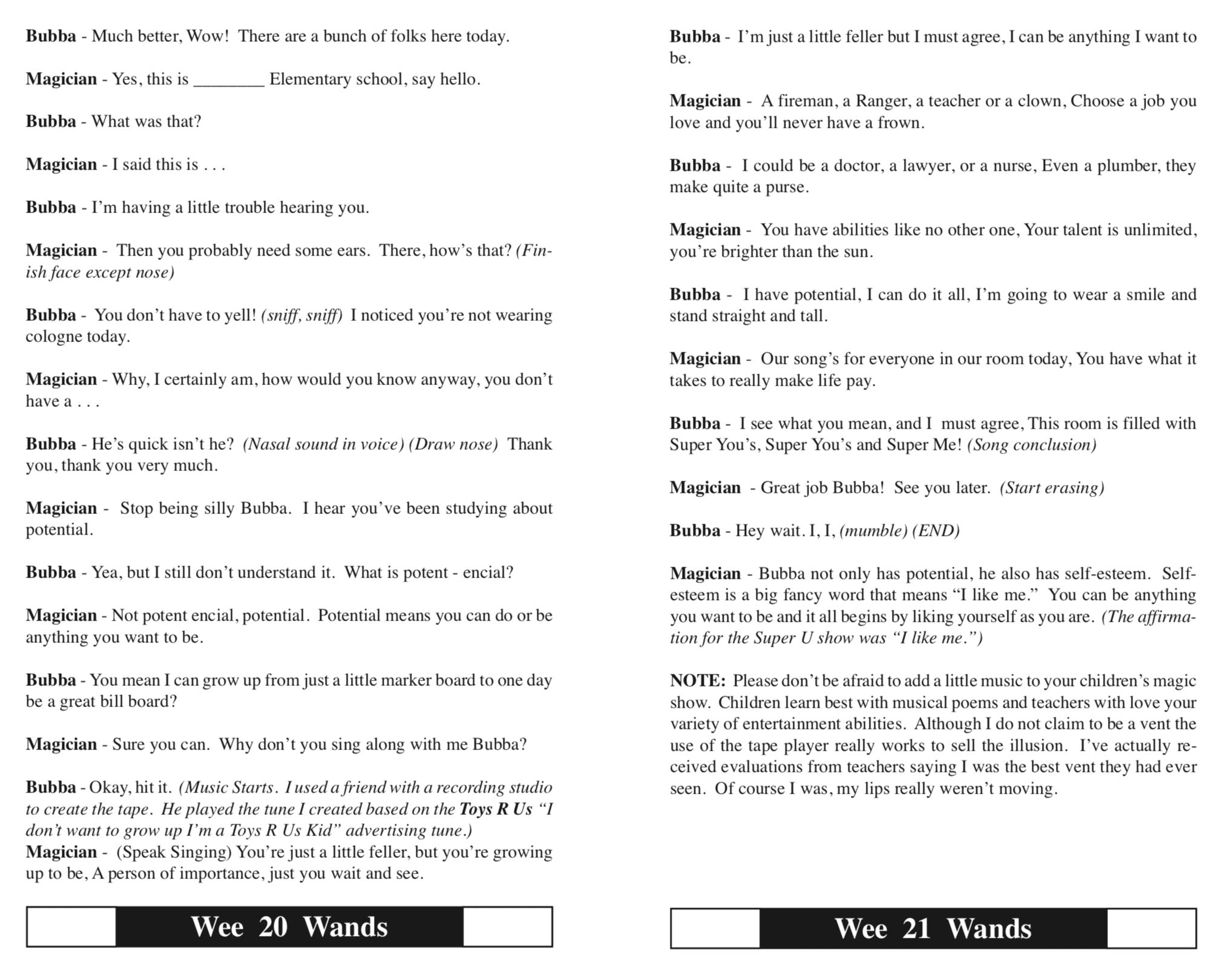 Bubba D. Board
The presentation in the show is different from the script in the book. 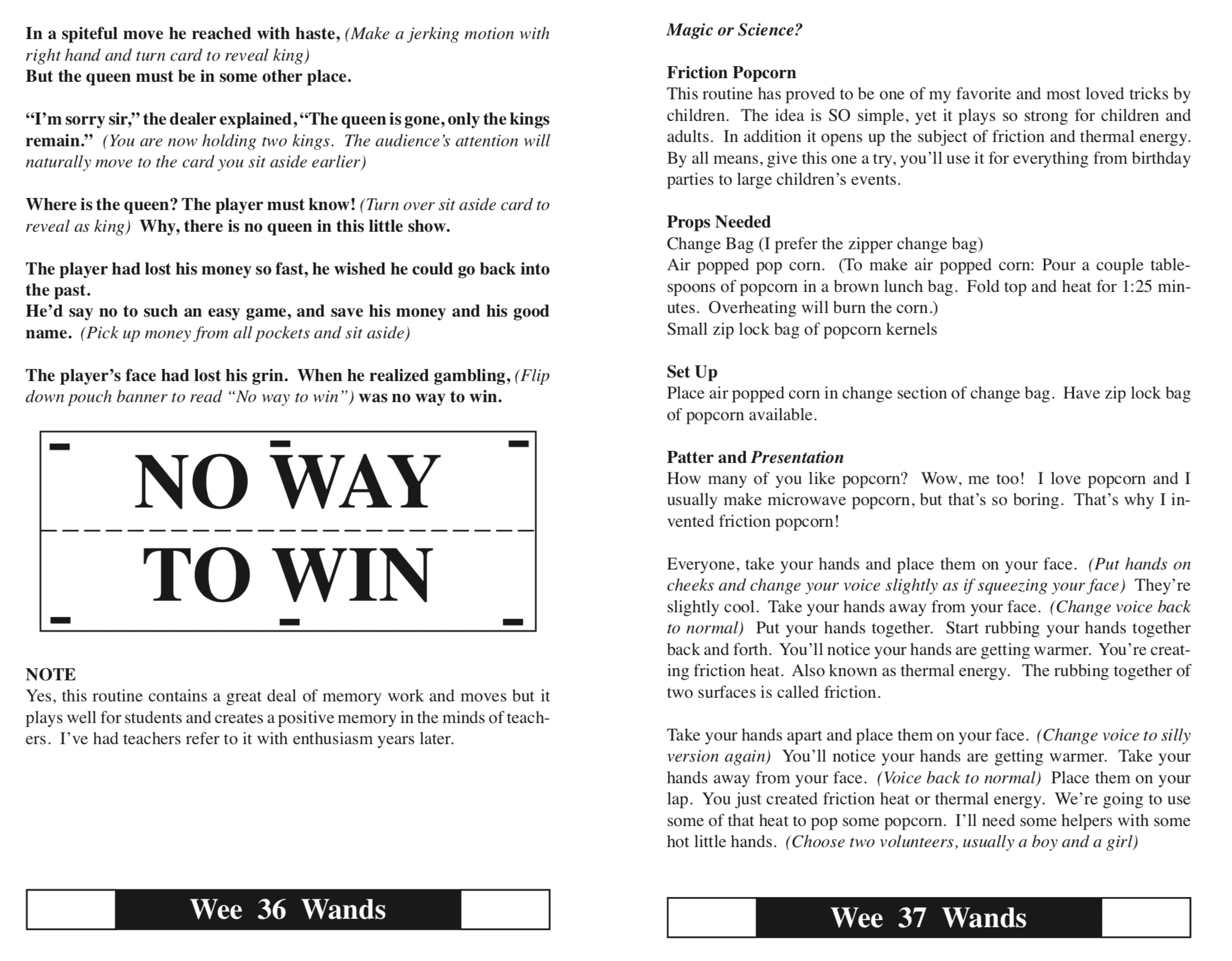 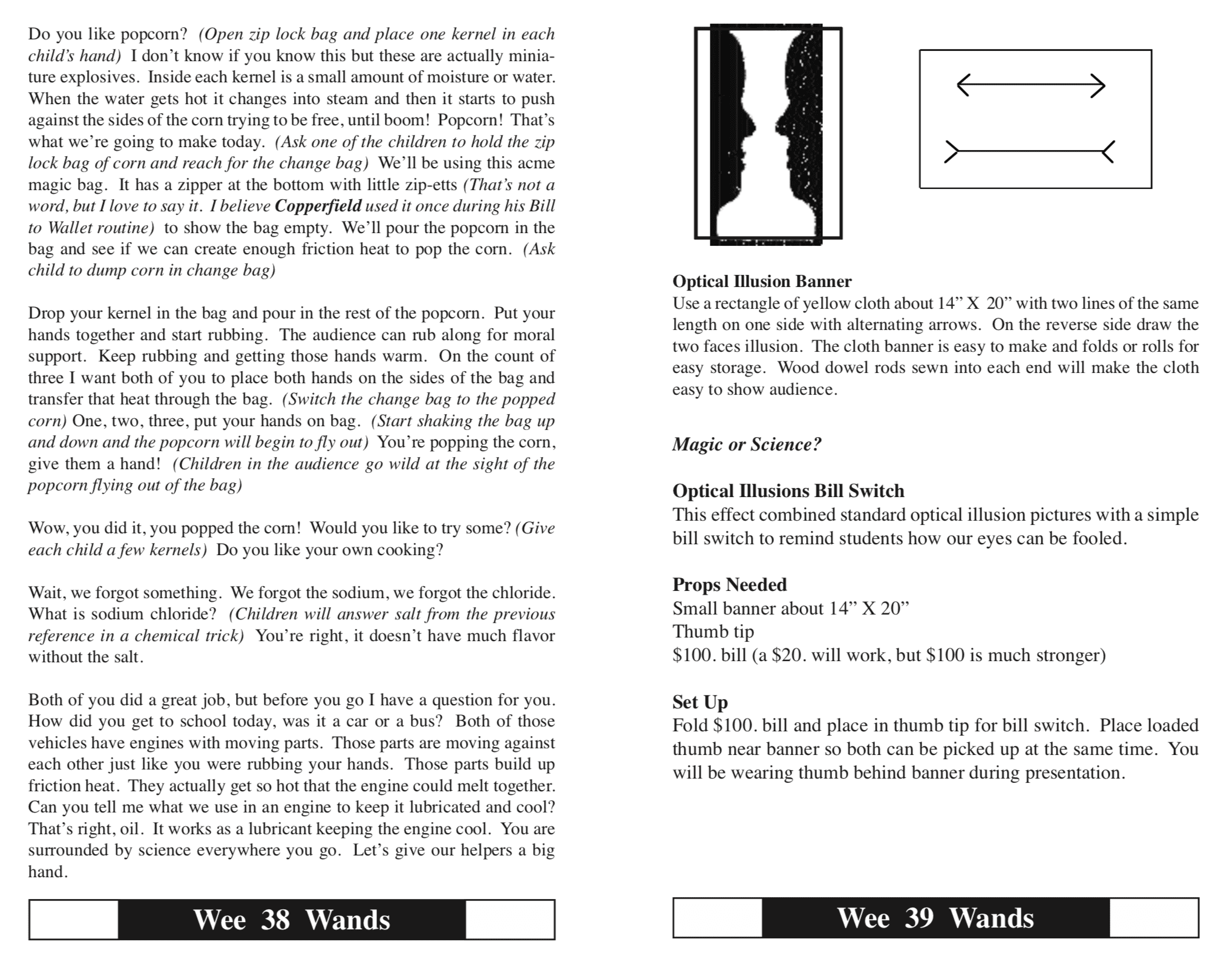