During the process of developing the Purple Paint Can, I decided to make and sell a limited number of cans. Because I didn’t have access to a large number of purple balls, I, with a suggestion from Steve Petra, chose the color green. Since green carries a symbolic meaning of growth, it seemed to be the best choice. The process of making the green can to sell forced me to find the best options for the felt dots and other improvements. Below are the videos related to the Great Green Growing Machine and the explanation of a DIY Purple Paint Can. You’ll notice the stories with the purple can have a different perspective.

SPECIAL THANKS TO STEVE PETRA FOR HIS INVALUABLE ASSISTANCE IN THE CREATION OF THE PURPLE AND GREEN PAINT CANS. Many of the best ideas in these routines are his. 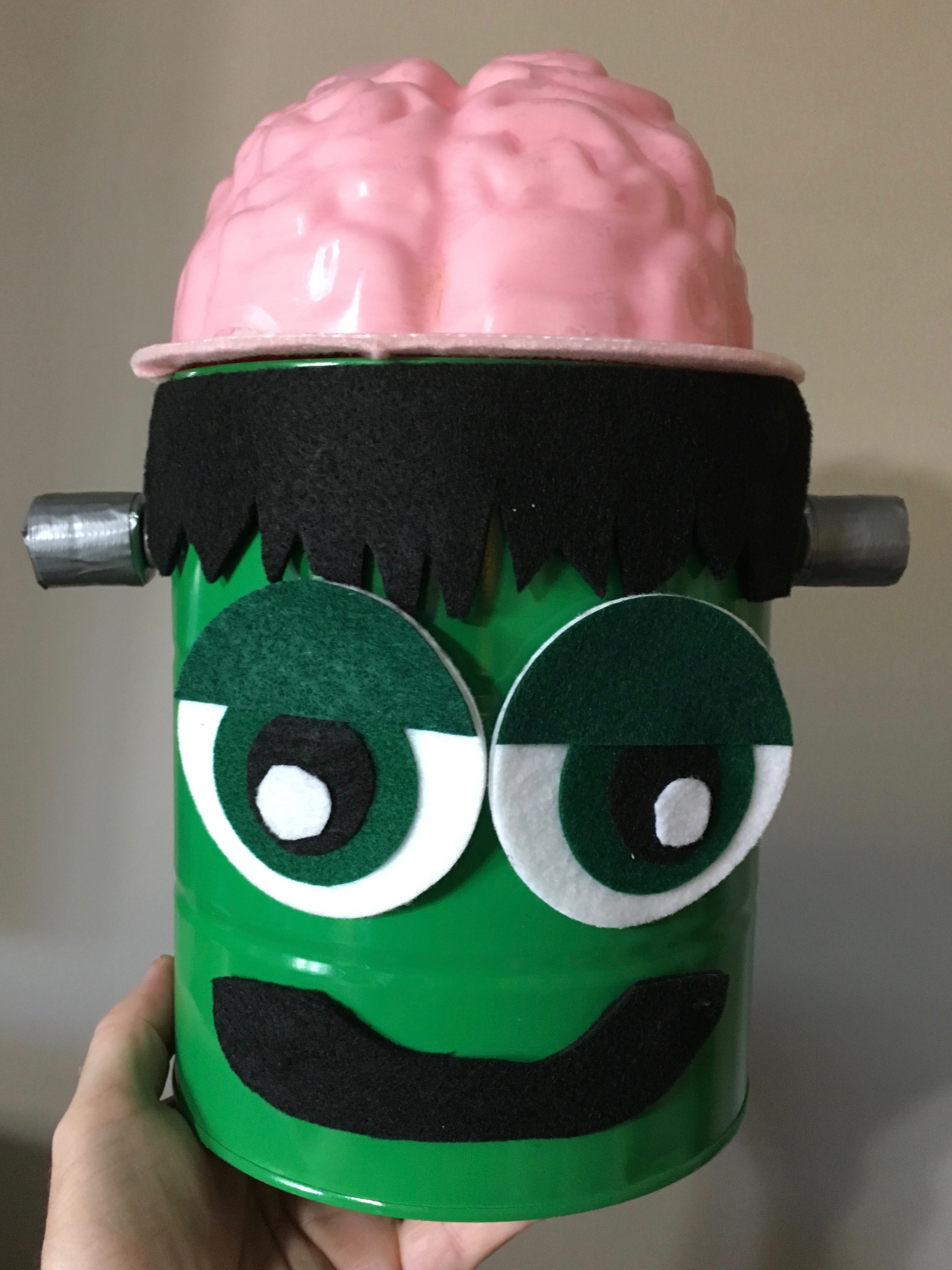 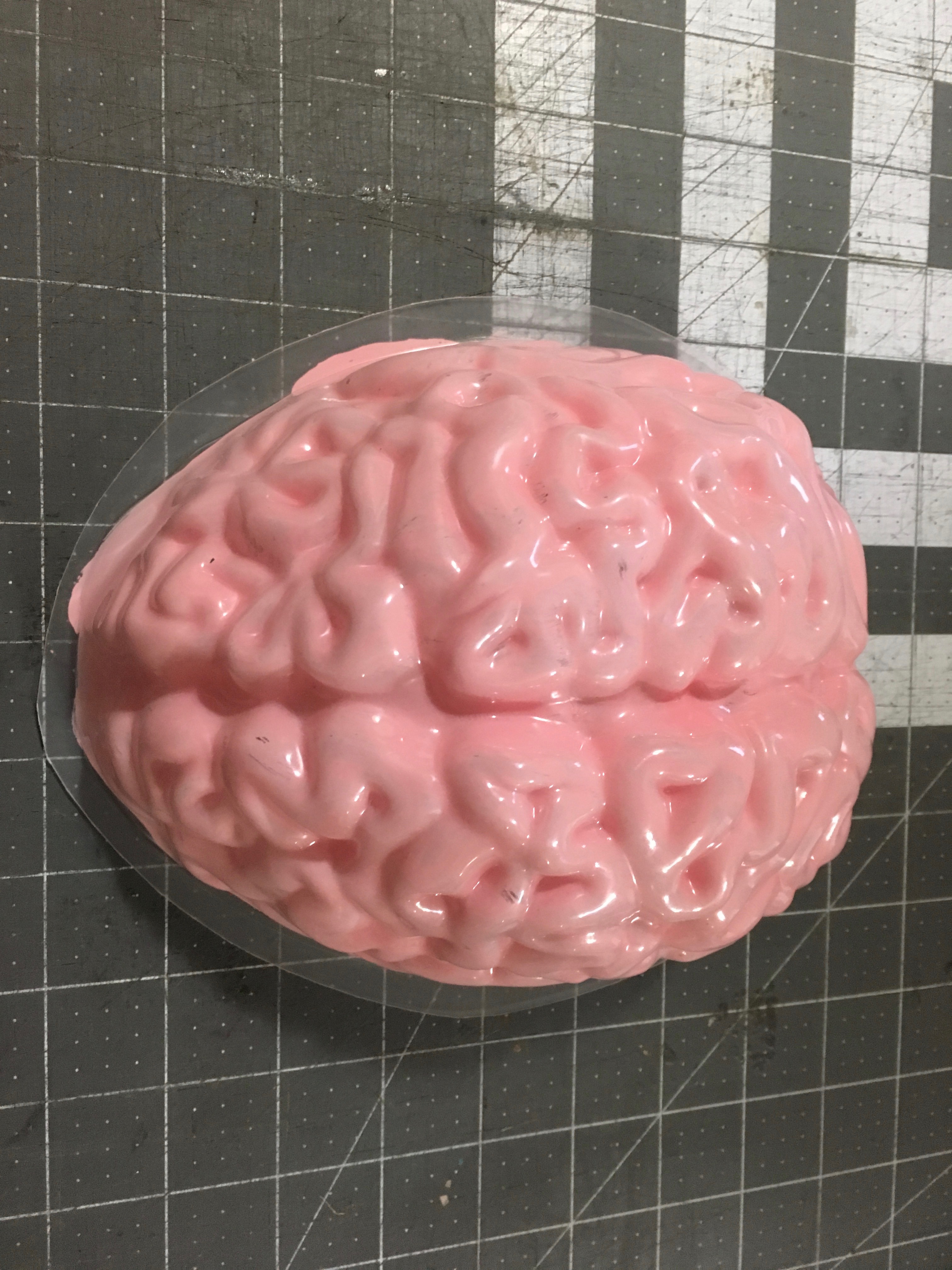 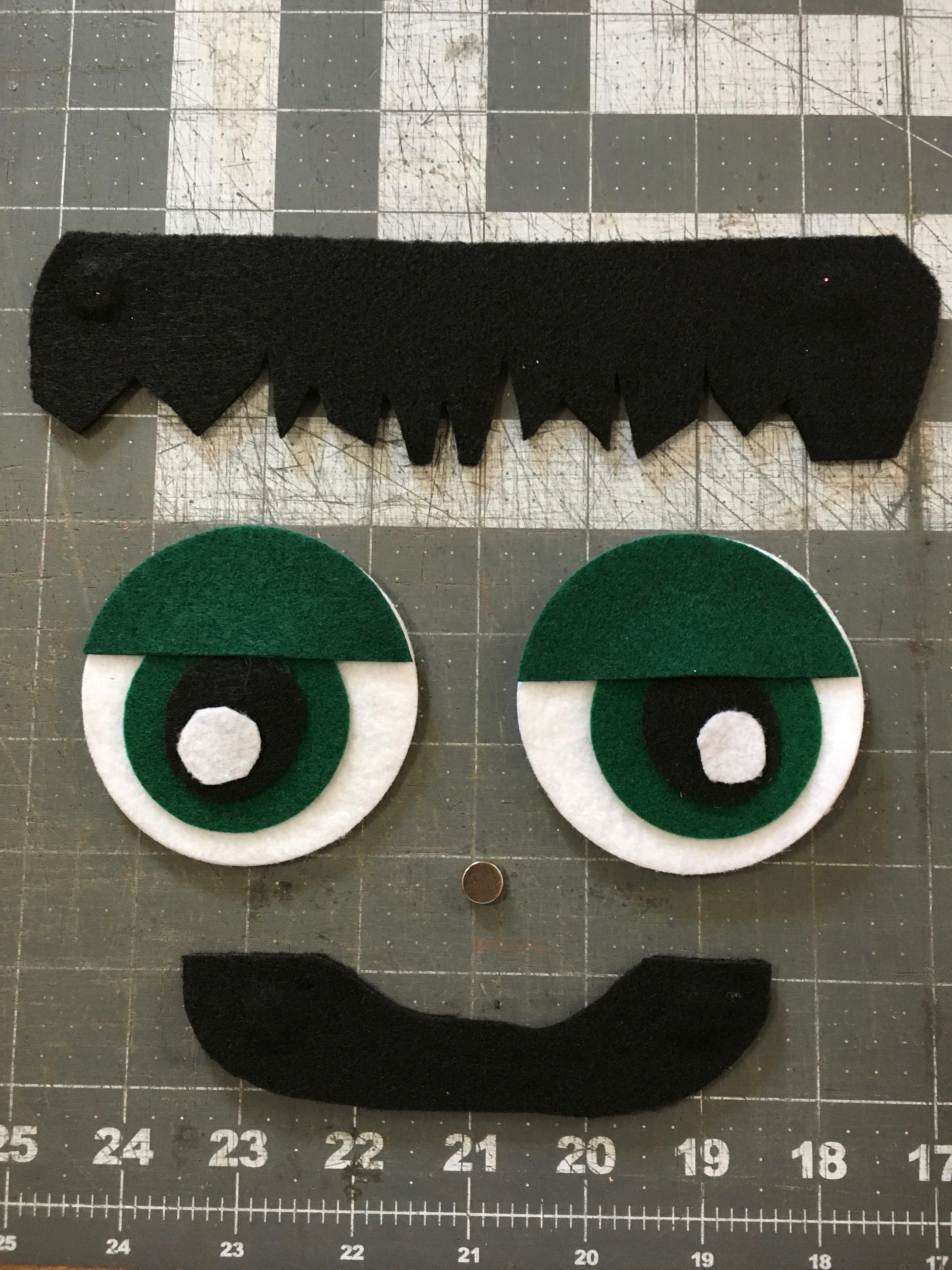 Character Can Presentation Script
This is a character can. It’s green because good character grows here. I’ll show you what I mean. If I look in a mirror, I see a reflection of what I look like. The mirror shows me what you can see too. Character is the reflection of my actions. When you see how I act, you’re seeing my character.

This character can will take a simple action and make it grow. We’ll begin with an empty can. I have a bag of actions. (Red dot) This is LOVE. When I share a little LOVE with others, it grows. (Show ball)

(Orange dot) This is LAUGHTER. One little laugh with a friend can become a belly laugh. It grows. (Show ball)

(Yellow dot) This is CHEERFULNESS. Just like sharing kindness, we can also share a little cheerfulness. It grows. (Show ball)
My character can reminds me that I can continue to grow. (Begin producing green balls) And grow and grow and grow . . .
All this good character really makes me smile. (Banner)

Smile Pail Face
Before there was a Purple Paint Can or a Great Green Growing Machine, there was the Pail Face Idea. 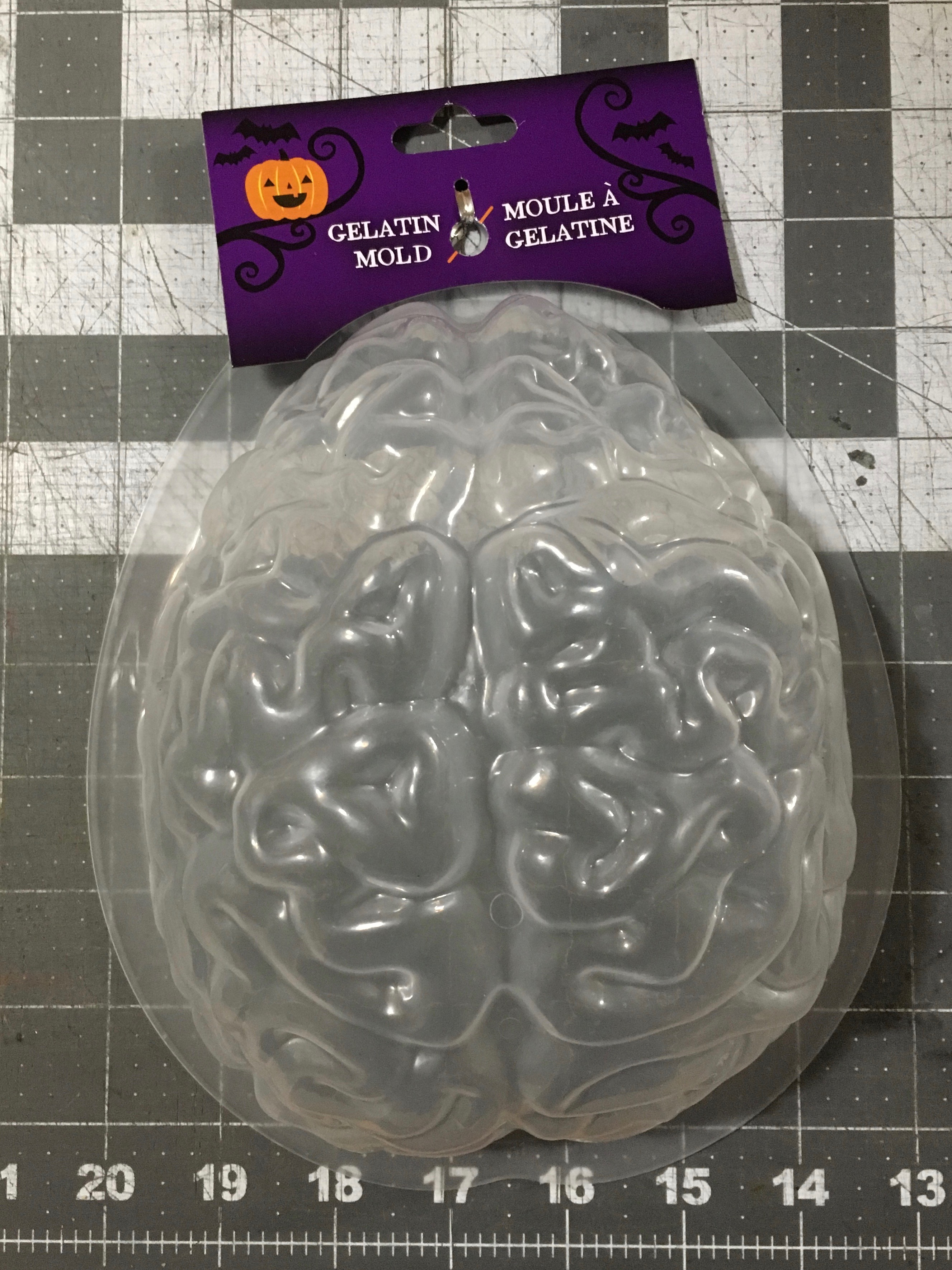 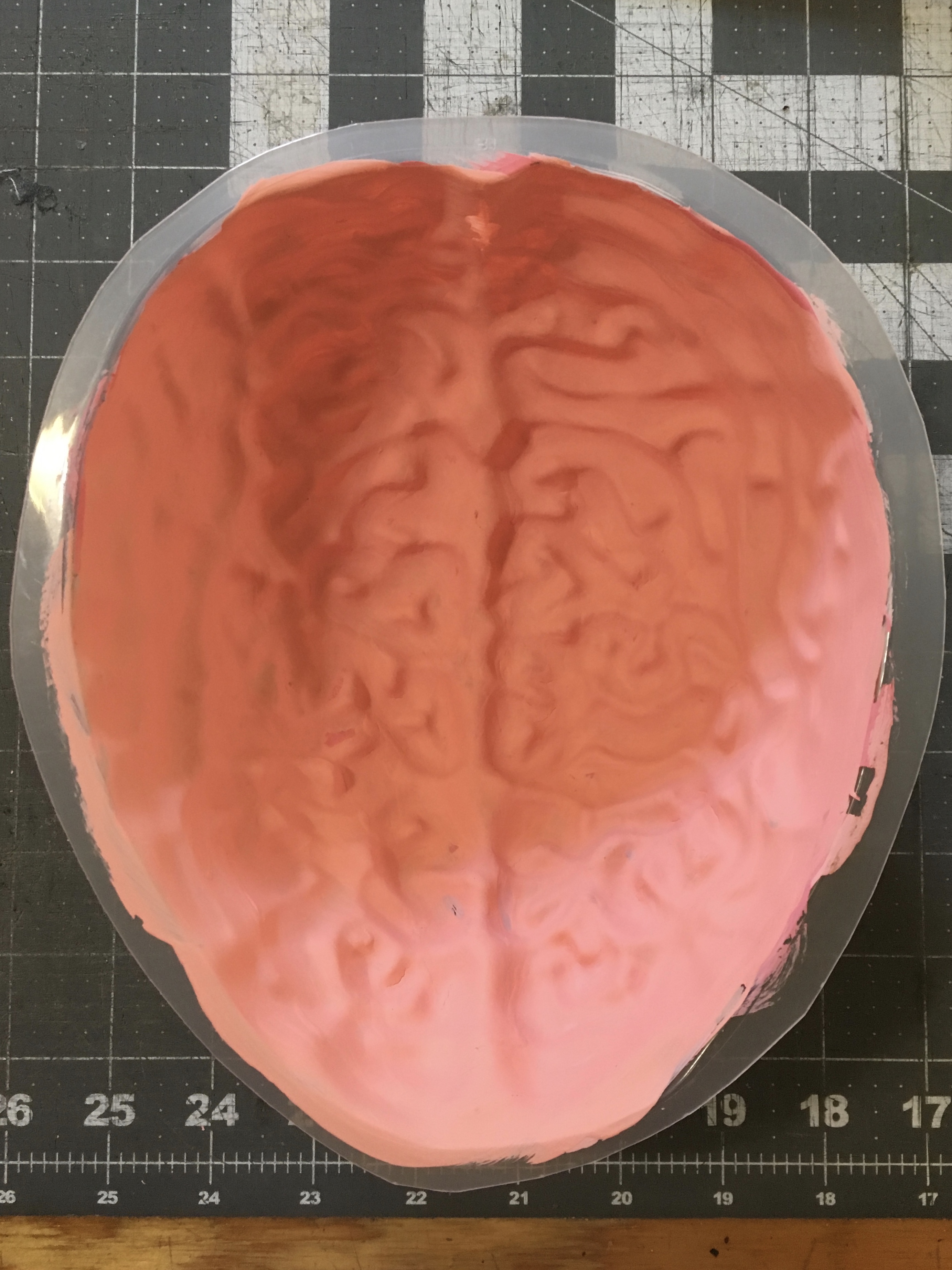 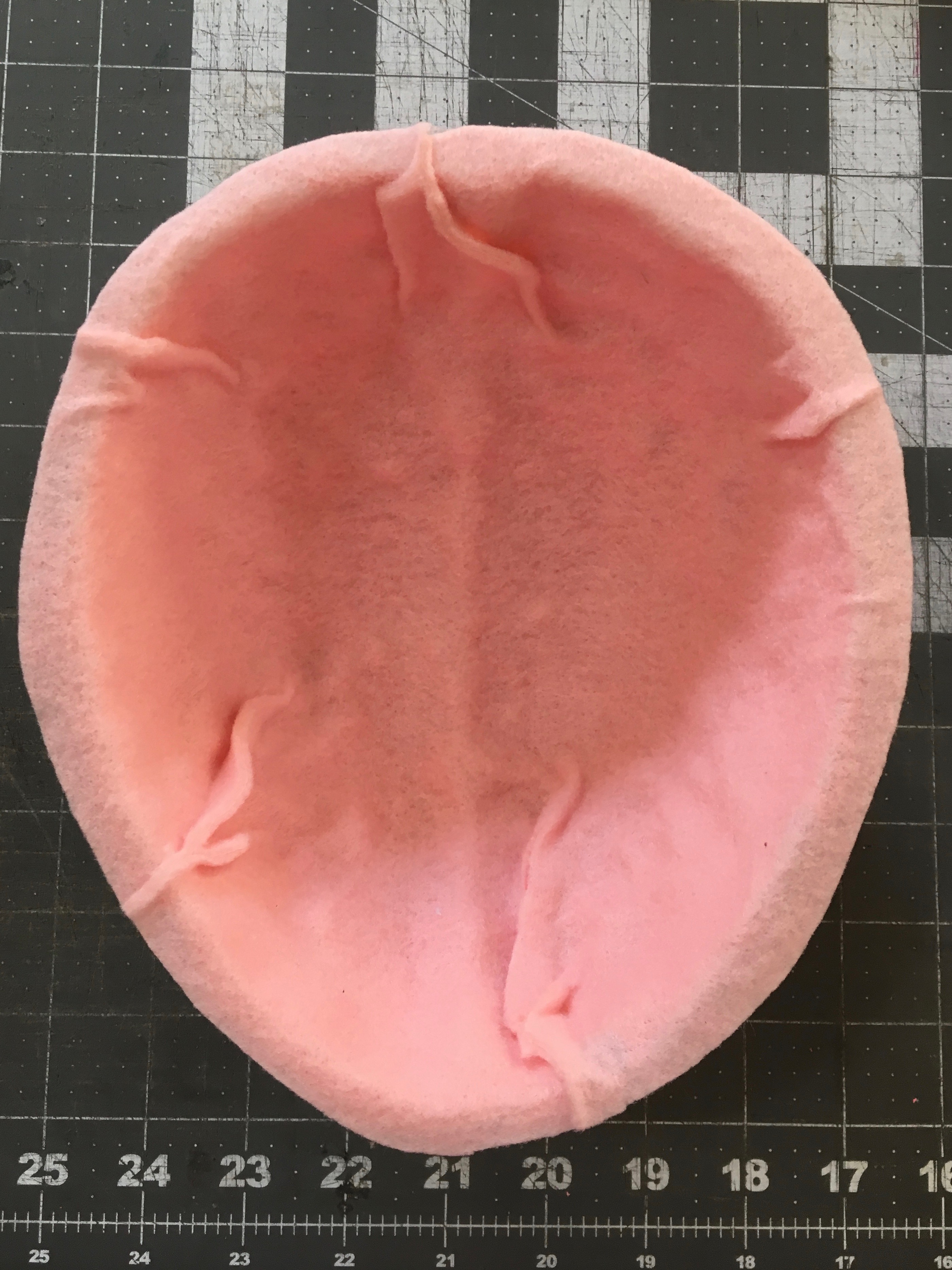 The Brain Cap
The jello mold for this project came from Dollar Tree. Some of the outer edge of the mold was cut off. However, don’t cut it all because a flat surface is needed to sit on the can. The inside of the mold was painted with craft latex paint. This paint will chip and flake off easily. A piece of pink felt was cut to go inside the mold. Spray contact cement was applied to the inside of the mold and one side of the felt. This dries briefly then the felt is pressed in place. This isn’t an easy application. The glue sticks together immediately. Make every effort to keep the felt from touching the sides as it is pushed into the center. The end result is very nice and it should prevent the paint from flaking all over the props. 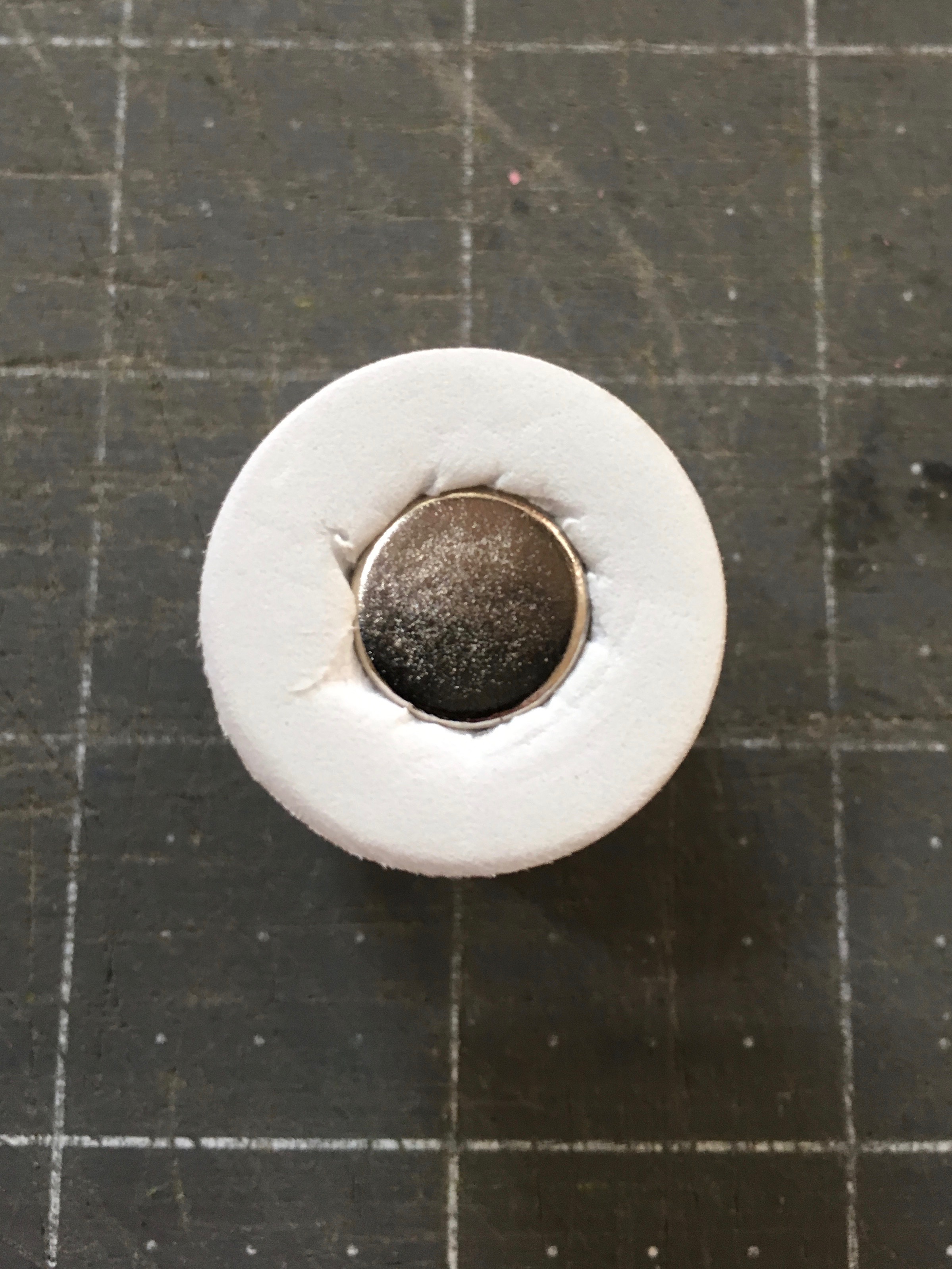 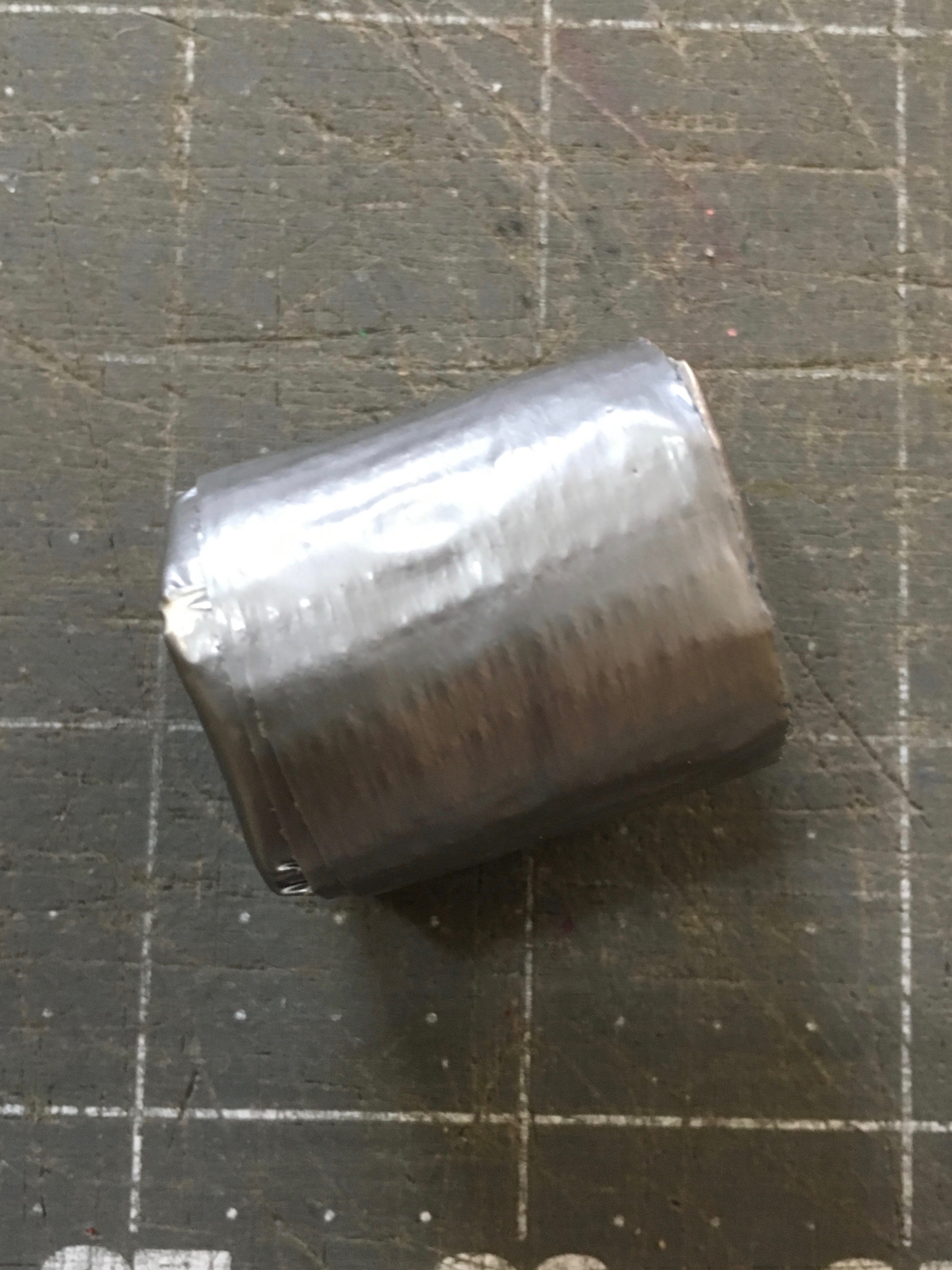 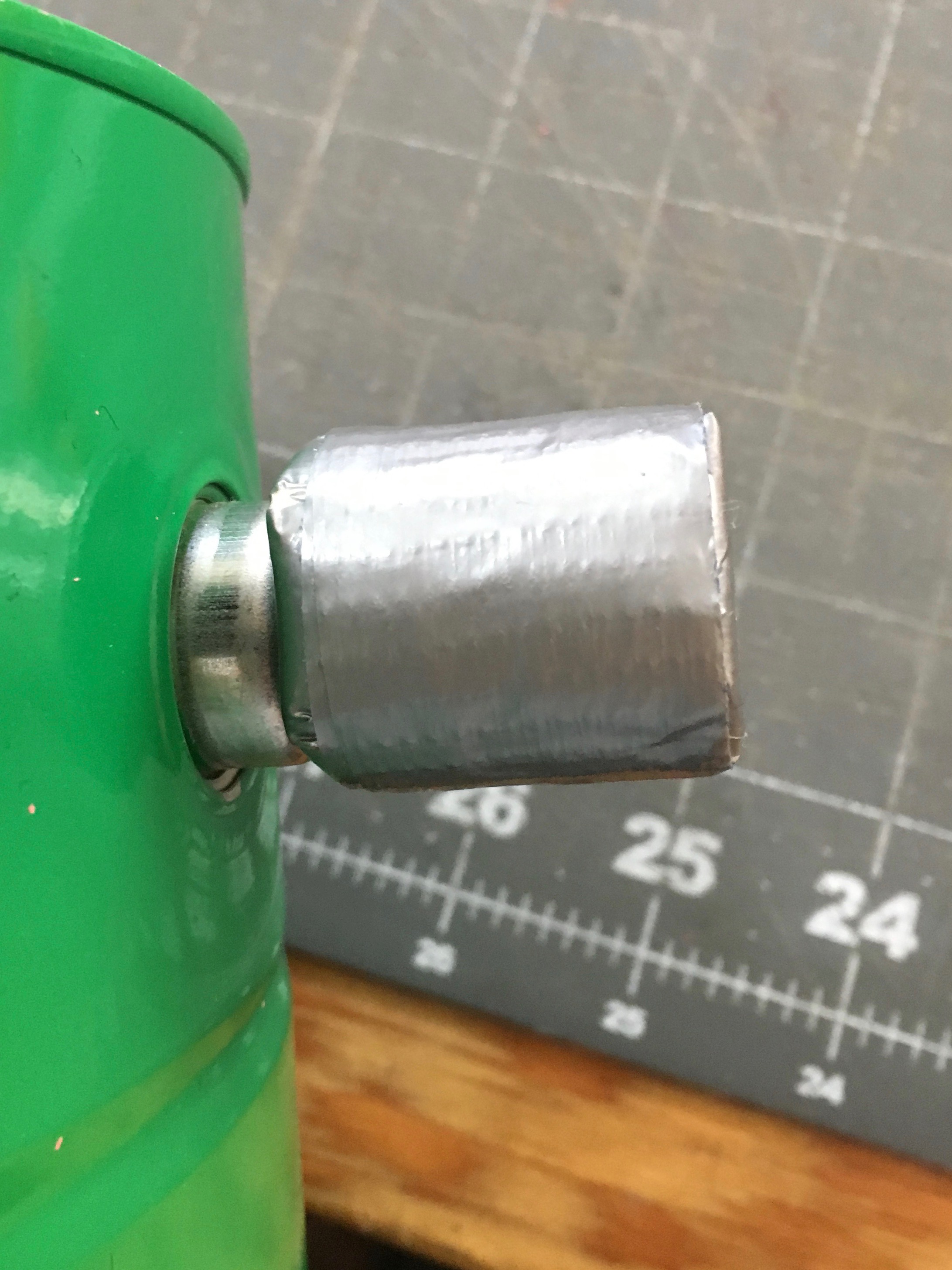 Neck or Temple Bolts
The bolts are made of craft marshmallows. I cut a small space in one end and wedged a magnet inside. The marshmallow was covered with gray duck tape. The DIY bolt heads were attached to the knobs where the paint can handle would be. I found some clip art showing Frank with bolts on the temple. Most art shows him with neck bolts. Since magnets are being used, put his bolts anywhere you wish. All the face features are made with adhesive backed felt. The felt is cut back to back and the magnets are held inside due to the adhesive. Obviously, this is the way I made the decorations. This is a DIY project so you can make it however you wish. Be creative.

Frank-can-stein has a problem. He needs a friend. When he was built in the laboratory the mad scientist forgot to give him a brain. All he got was a brain jello mold and no brain. (Show can empty) But that’s not all. The forgetful scientist also forgot to put in a sneezer. So, Frank-can-stein can’t sneeze.

No matter how bad a cold he gets or how severe his allergies, he can’t sneeze.  He’s got no sneezer. His entire head fills up with boogers. Who is going get them out! That’s a job that only the best of friends will do. Without friends, Frank-can-stein’s brain will not drain, which is a pain and puts a strain on his cran-ium. Bet you won’t say that three times fast.

Most people run away in fear but only the brave, the courageous and best of Booger Buddies can clear Frank-can-stein’s head of the Mega Monster Mucus.

You and I will remove the boogers. Would you like to wear gloves, goggles and gas mask? Or are you okay with just tongs? Here’s a bowl for the boogers. As you can see, Frank-can-stein’s head is empty. But if I add his brain cap and give him a snot swirlie, it’s a booger bonanza. (Hold cap on can and gently move in a circular motion. Shaking the can up and down will dislodge the gimmick and shake the banner out of place. It’s better to move the gimmick to the side so the helper can remove the balls without seeing the gimmick.) It’s now your turn to go booger diving. (Allow helper to remove several of the balls. Performer removes the final balls, so banner isn’t exposed to helper.)

None of the other normal sneezing monsters wanted to be friends with Frank-can-stein. They were afraid his head would explode in a Big Booger KaBoom. Wolfman, Mummy, Dracula won’t even let him go trick or treating with them unless he’s booger free. Because of your help, our mindless monster can be surrounded by his monster mates. (Banner production)
Created by Barry Mitchell & Sherry Grant. Script by Steve Petra